As we prepare for the coming Folk Fest wave of next-generation systems, we should be anticipating improvements on all the good things we associate with the current crop of systems. Moving forward, we expect: better graphics, faster processors, more engaging games, you get the idea. But not everything that we’re anticipating will be a progressive movement for gaming. At least, as far as Sony and Microsoft are concerned, you can wave goodbye to playing used games on their systems. Although these are just rumors at this point, it wouldn’t be surprising if they came to fruition. It’s very plausible, especially when taking into consideration that several game publishers have already fired shots at the used game market. 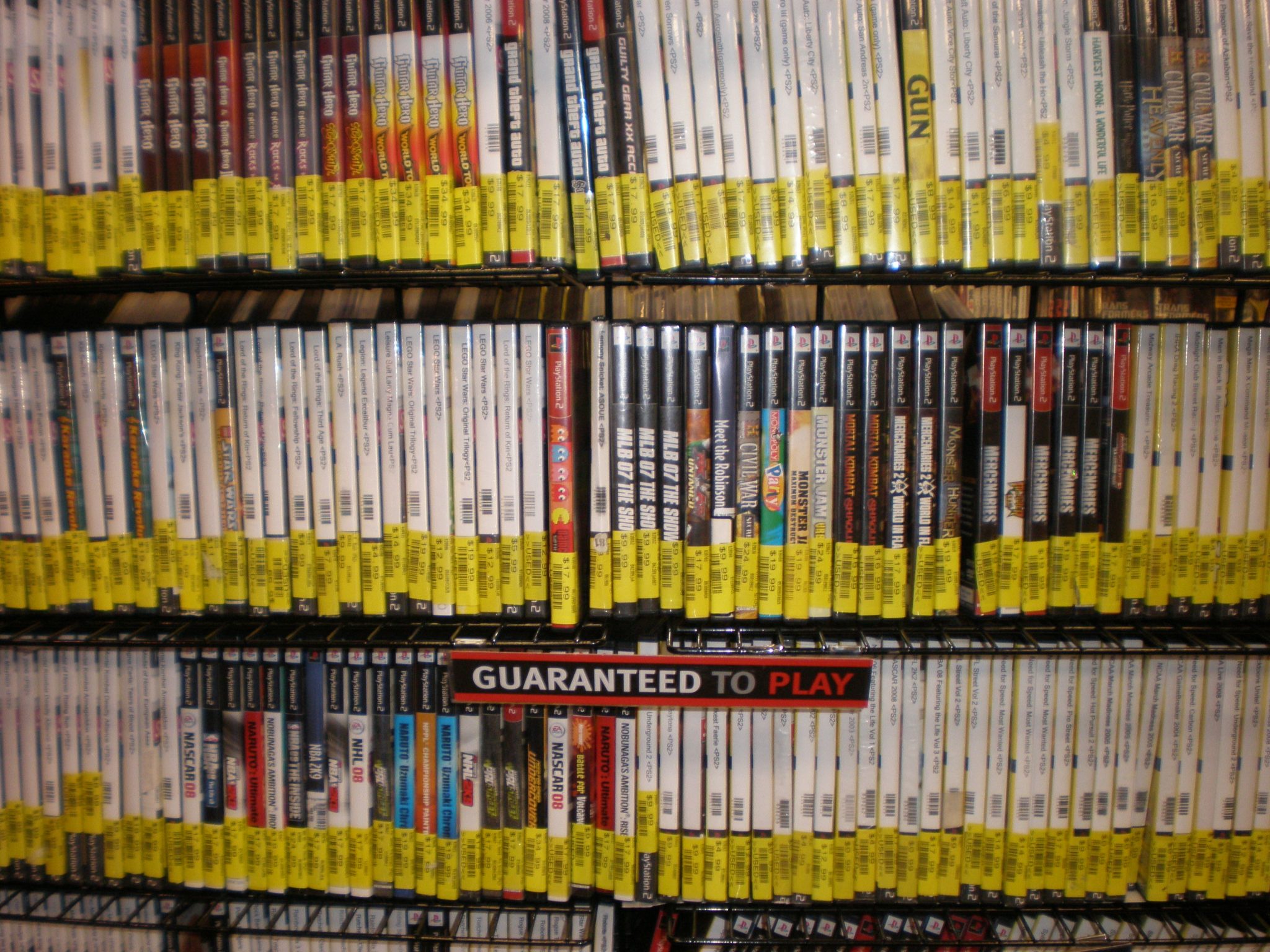 Most notable is Electronic Arts(EA), which became the first publisher to institute charging gamers who bought used games a fee to access codes that come with the game. To elaborate, Downloadable Content(DLC) codes are included with new copies of a particular game, and only with those codes can that content be accessed. EA expanded its project to include playing used games online. Gamers would now have to pay $10, in addition to the cost of the used game that they purchased, to have access to the online components of their game. Ubisoft has since followed suit, requiring an online pass for its games as well. You can identify the games which require an online pass as they are the”Uplay Passport” logo on the box.

Ubisoft decided they’d take things a step further and implement Digital Rights Management, a practice more often associated with DVD or CD anti-piracy efforts. Assassins Creed 2 was the first game to be affected by this practice. To play the PC version of Assassins Creed 2, gamers are required to create an account with Ubisoft and remain logged into that account to play the game. This means that if you lose your internet connection, the game will automatically pause and try to re-establish the connection.

However, if you’re unfortunate enough to be unable to reconnect to the internet, you’ll have to continue from your last saved game, losing any progress you may have made since then. This will be the case for all Ubisoft’s PC titles, regardless of one playing single-player or multi-player. While Digital Rights Management has been used to combat DVD and CD piracy for quite some time now, this will mark the first time it’s been used for a video game. In light of Ubisoft’s implementation of DRM, Matthew Humphries of Geek.com cautions that it’s feasible that eventually, even console games will require online registration to play them. 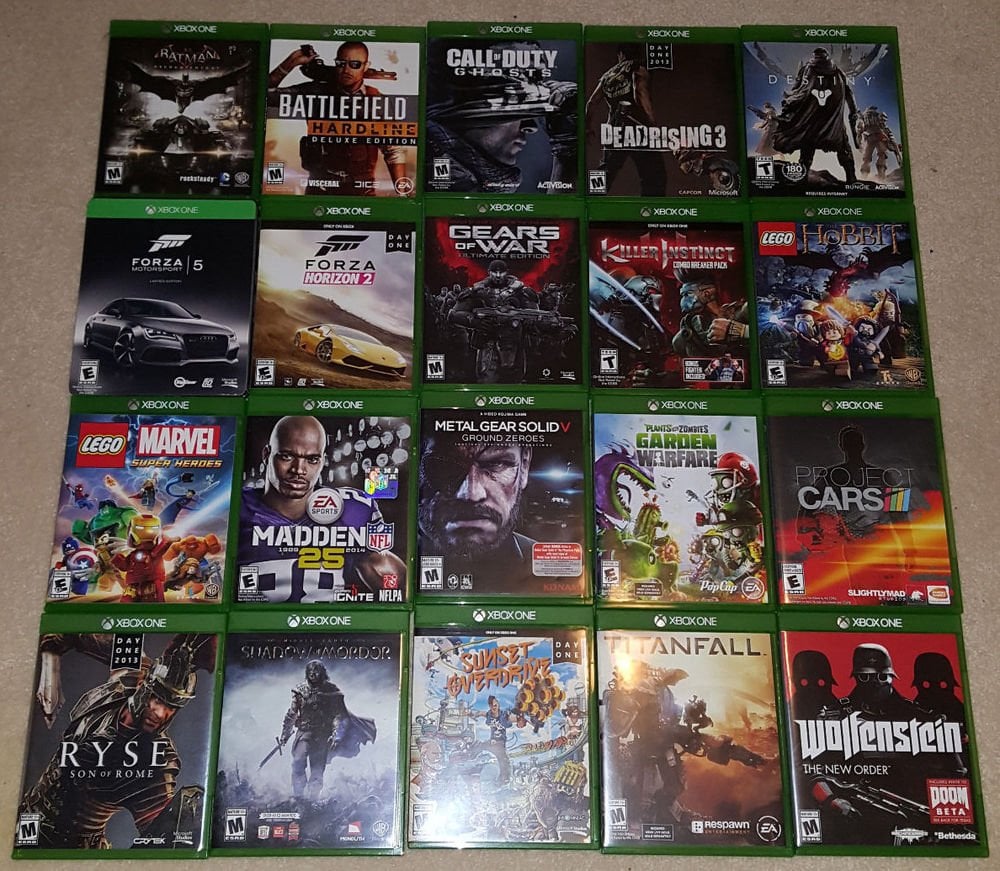 So what’s the reason for all of this? According to Denis Dyack, the head of Silicon Knights, the sale of used games is cannibalizing the profit of the primary game market. He also claims that the used game market is somehow causing the price of new games to rise. His proposed solution is to move away from physical disks and embrace digital distribution. Essentially he’d like to see services like Steam or EA’s Origin replace traditional hard copies. There are even rumors that the X-Box 720 will embrace the exclusive use of digital downloads and not use disks. Whether Microsoft will actually follow through with that plan remains to be seen.

One could argue that Sony has already laid the groundwork for preventing used games from functioning on their future system. At the very least, they’ve already made quite an effort to make used games significantly less desirable. Kath Brice of Gamesindustry.biz reported that the latest SOCOM game for PSP, SOCOM: U.S. Navy SEALs Fireteam Bravo 3, will require customers who purchase a used copy to pay an additional 20 dollars to receive a code for online play.

I’d like to see some quantifiable evidence to support the claim that used games are, in fact, hurting the sales of new games at all. Without some facts, it sounds to me like a whole lot to do about nothing. Case in point, within 24 hours, Modern Warfare 3 sold 6.5 million copies, grossing 400 million dollars in sales. Correct me if I’m wrong, but you haven’t heard Infinity Ward complaining about the used game market and it affecting their bottom line. That’s likely because they’re too busy counting their money earned by creating games that people actually want to play. Imagine that. Maybe the problem isn’t that used games negatively impact the sale of new games, but the problem is that game developers need to make better games that gamers are willing to pay full price for.

I suspect that the War on Used Games is nothing more than a money grab by developers, upset that they cannot cash in on a very lucrative market. To put it in dollars and cents, in 2009, GameStop reported nearly $2.5 million in revenue from the sale of used consoles and used games. And not one red cent of that profit reaches the pockets of game publishers. Greed is the motivating factor for the declaration of War on Used Games is transparent, especially when you consider that when GameStop began separating their revenue from new games and used games in their financial statements, EA thereafter instituted their 10 dollar fee for used games.

In the absence of empirical evidence, I’ll have to settle for anecdotal. I’ll use myself as an example. I’m planning to purchase a used copy of Ninja Gaiden 2. I’ve never been a huge fan of the series. I didn’t play the first one because I didn’t have an Xbox, and at the time, it was an Xbox exclusive. And I never played the original version. Needless to say, I was never clamoring to play Ninja Gaiden 2. However, the innovation in the second incarnation of the game, which allows you to disembowel your enemies, is enough of a novelty that I’d like to play through it at some point. I can buy it now, used, for about 10 dollars. If it were only being sold at the full price, I would more than likely pass on playing it altogether or maybe rent it. My point is that game development is not losing money because of used games; you can’t miss money you weren’t going to receive anyway. They’re simply not getting the money they weren’t going to get to begin with.

Unless you have a significant amount of disposable income and a considerable amount of free time, you’re probably like me, and you prioritize which games you plan to purchase and how much you’re willing to pay for them. You decide which games are must-haves and which games you’d like to play but are willing to wait for a price drop before getting them. Then there are the games which you’re interested in, but they tend to fall through the cracks because they’re not all that high on your radar, and you’ll maybe pick them up several months later, or even years after their release if you ever pick them up at all.

I find it ironic that the looming death of the used game market could likely spell the demise of GameStop, who, ironically, push their customers to pre-order new games and purchase them at full price. One would think that game publishers would appreciate this service and not detest GameStop and treat used games with such scorn. Pre-orders not only help promote their games, but they function as a forecast of potential sales as well. Even Dave Their, a contributor for Forbes Online, who describes GameStop as “a parasitic bloodsucker that doesn’t do much besides mark up discs and sit in the mall,” recognizes the folly of passing the burden of the used game market onto the consumer.

I’ve only once pre-ordered a game myself. At the behest of J. Agamemnon, I pre-ordered Battlefield 3, which is ironically a EA property. I paid full price for this game and was happy to do so. In large part, because I was granted access to several weapons and maps that I would have had to wait to download had I not pre-ordered it. I propose that instead of punishing gamers for wanting to save their hard-earned cash, the gaming industry needs to learn to incentivize gamers into wanting to pony up to that 60 dollar price tag.

I titled this article The War on Used Games to be tongue-in-cheek and poke fun at how whenever the government declares war on drugs or terror or whatever it may be, they only succeed in exacerbating the problem. It should come as no surprise, seeing how the government tends to take the most asinine approach possible trying to “solve” problems. The result is always the same; precious time and resources are wasted, and the issue is that much worse than it was before they intervened. If the gaming industry does indeed go down this path, they’ll only hurt themselves in the long run, fail to share in the revenue they so greedily covet, and worst of all, hurt their customers, who keep the gaming industry abreast with currency.

It’s very ironic and actually very fitting that it’s EA who is spearheading the effort to attack the used game market when they themselves are among the largest beneficiaries of used games. Chipsworld MD Don McCabe told GamesIndustry.biz that EA has what he referred to as a “franchise software house” in that they “upgrade their titles; FIFA, Madden; all of these are effectively the same title upgraded each year. And people trade in last year’s for this year’s.” He went onto say that those titles are the ones that are most often traded-in. Shutting down the used games market effectively destroys a tried and true method in which fans of EA’s franchises keep up-to-date with each of EA’s annual releases. Aside from nostalgia, what would be the point of holding onto FIFA 11 when FIFA 12 is right around the corner?