In October of 2010, Apple revealed the long-anticipated update to the MacBook Air. This new model features an all-new design, crisper display, and a video clip that’s actually capable of doing some work. Because I was in the market for a new laptop, I decided to buy one and test it out. 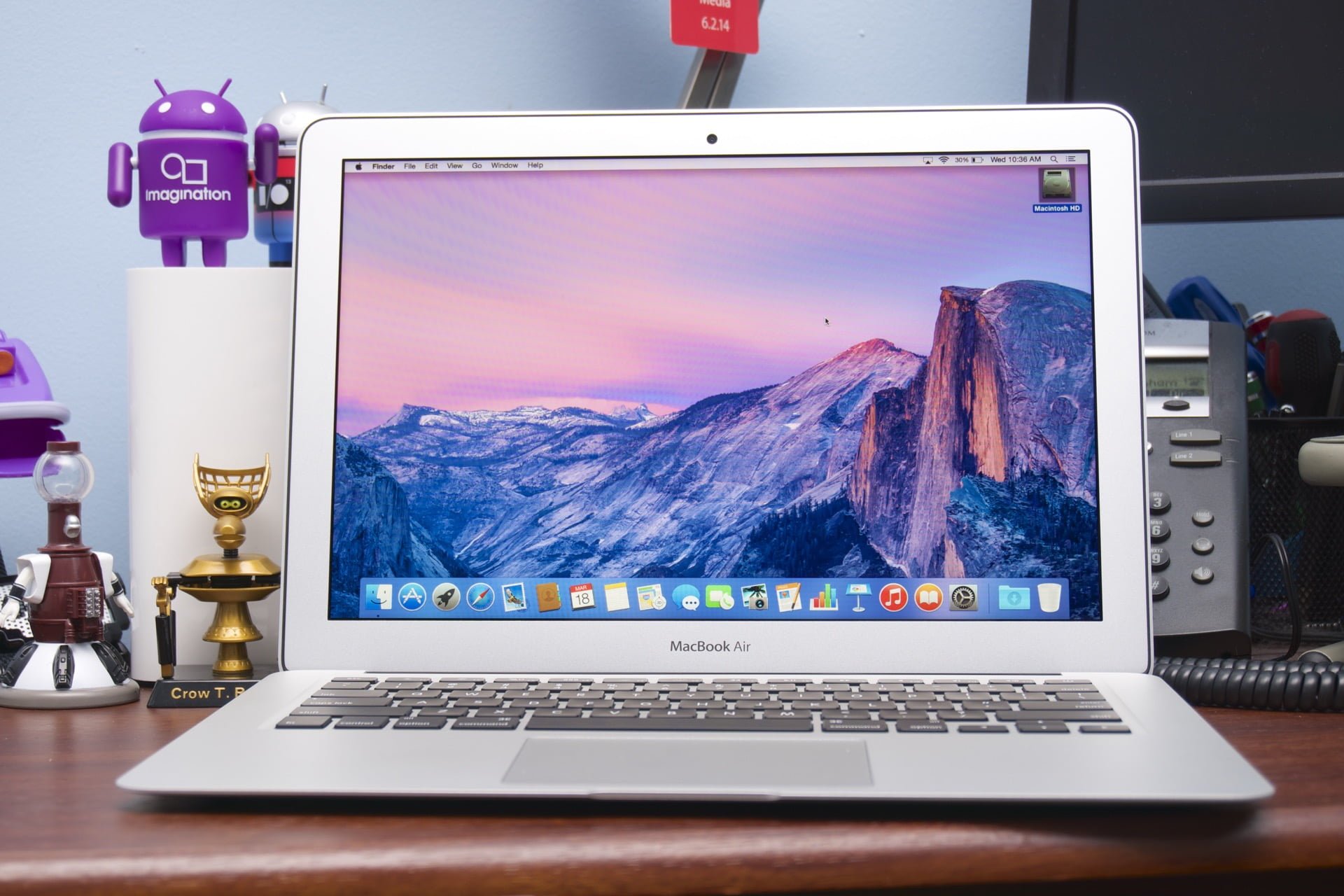 The model under the magnifying glass is the 13″ model with a 1.86ghz processor, 128GB SSD storage, 4gigs of memory, and a 320m GPU from Nvidia to top it off. The price for all this goodness is a hefty $1399 before taxes. When I visited the Apple site, I noticed a few immediate downers. For one, Apple charges a considerable amount to double the storage, meaning that most people will be forced into configurations with 128GB or less. And secondly the model comes standard with 2gigs of ram, my advice: upgrade to 4. Not a great start, but I’m sure the heavy SSD prices and the thin casing have to do with it. Nevertheless, I was excited.

Much of that excitement was because this is the best-looking Apple laptop ever made. Most remarkable is its thinness, which ranges between 0.11 and 0.68 inches depending on the position you measure at. I think they’ve come to the point that I honestly don’t want the thing to be any thinner. Despite the slimness, this laptop feels sturdy and offers almost everything its bigger brother does. Just open the lid, and you’ll see a full-sized keyboard, large trackpad, and a screen that’s actually better than the Pro model in terms of sharpness. Most of this is due to the 1440×900 resolution on the 13″ display; that’s the same amount of pixels over a smaller surface. The display is surrounded by a silver border, which looks nice. Because the display isn’t covered by glass, this Macbook has no glare, but at the expense of screen protection. 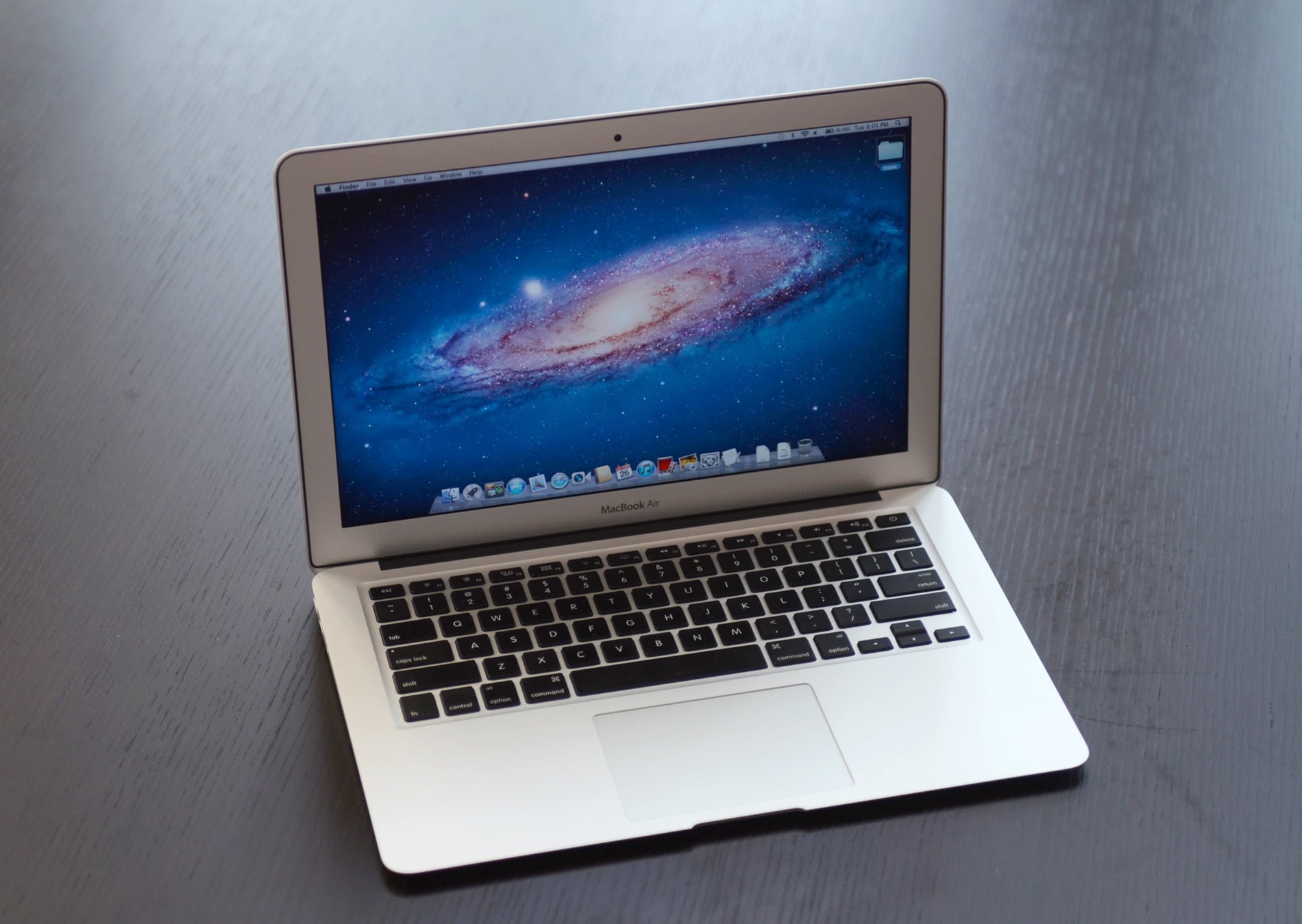 Apple made some more changes to fit everything into the insane thin casing. The speakers, for one, aren’t visible, and the power switch is now a regular keyboard button. Both changes are probably due to the lack of space on the sides. The MacBook Air is a little light (no pun intended) for the connectivity side. On the left, it has a MagSafe connection, USB port, and a headphone jack. The right side is equipped with a mini display port connector (buy converters!), another USB port, and finally, an SD port.

I found the connectivity to be just right, but it is still a potential issue for buyers. Overall this laptop feels strong and looks amazing. In fact, the only real issue I had was when opening the laptop. Because the body is so light (2.9 pounds/1.3 kg), I’ve had instances when the body would lift when opening the screen, simply because the weight couldn’t keep the laptop down. It’s also more prone to movement, again, because it doesn’t have any weight to keep the thing in place. Now let’s see how this supermodel performs.

Unfortunately, as I was working on it, things revealed that Apple has had to make some additional cutbacks when fitting the components into the body. The first miss is the lack of a backlit keyboard. I often work in the dark or with candlelight only, which was a true burden for me. In fact, it’s probably what I miss most about my old MacBook Pro. Secondly, the screen is fragile, and Apple managed to insert a Facetime camera in it, which is great, but that’s about it.

The new MacBook Air does not have a sensor that adjusts the screen brightness based on ambient light. Also missing is the infrared receiver. This shouldn’t be much of a problem as it’s an inferior technology anyway, but it was a real blow to learn that my flashy Apple remotes no longer work. Once I got over the setbacks, though, I finally enjoyed the many great features that this MacBook has to offer. The keyboard is absolutely amazing. I have to write a lot, and this is the best typing device I’ve ever used. The keys are nice to the touch and feel slightly stiffer than the earlier models, which is a good thing. 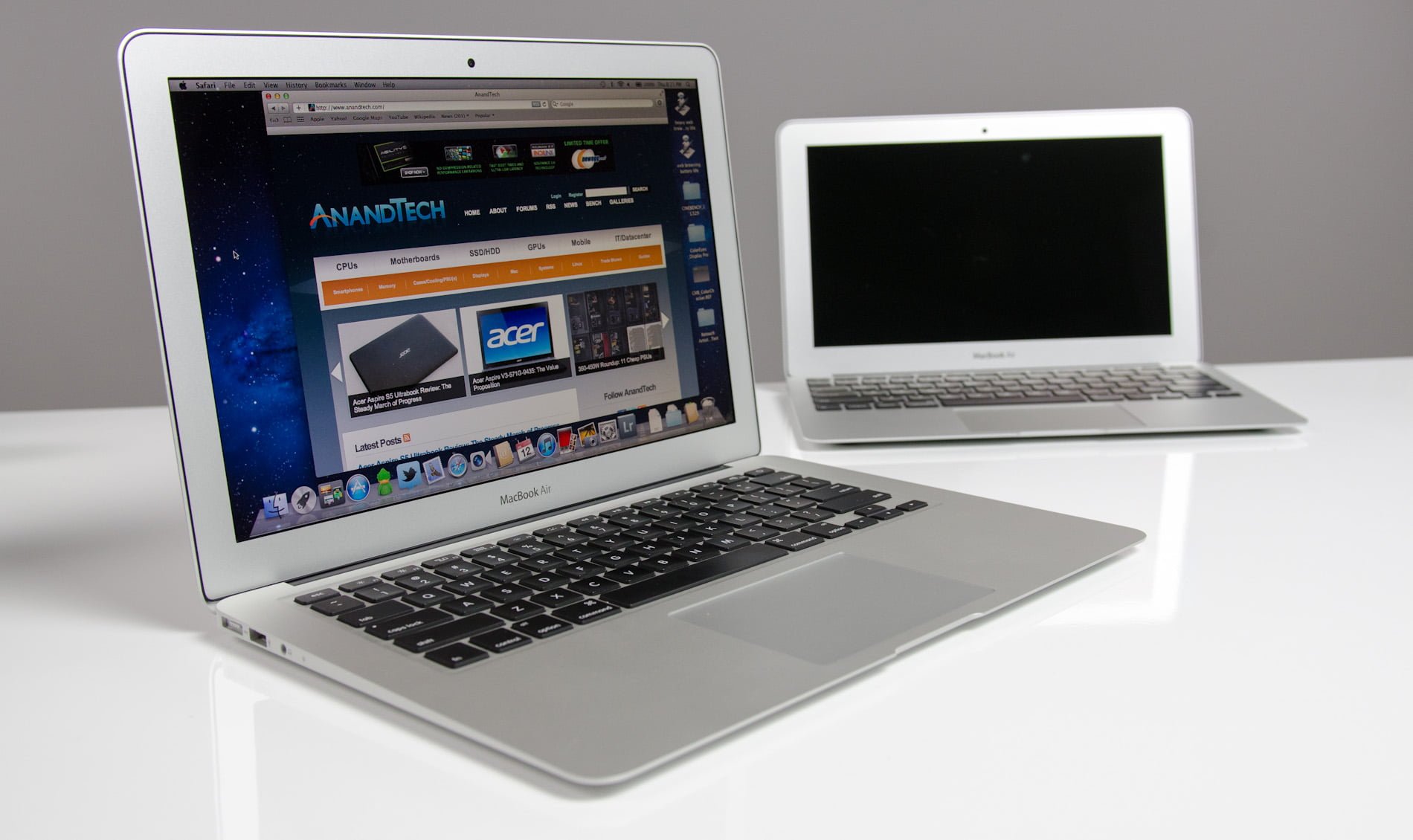 This is where things get tricky. Because the MacBook Air uses flash memory, boot-up times and app startup times were never faster. Thanks to this, working on the MacBook Air feels fast and pleasant. Coming from a MacBook Pro (late 2008, 15″), this thing feels quite a bit faster. I installed my Adobe CS5 package, words 2011, and other suits that I used a lot and was all set. Because I bought the air as a primary workhorse, I was really hoping it wouldn’t disappoint, and luckily it didn’t.

Thanks to its high-res display, I never really missed the 2″ that I gave up going to this machine. Granted, it feels smaller, especially when viewing movies, but it’s just as capable of displaying a proper workspace as the bigger machines are. When I wrote this review, I got to know the machine as a partner in artistry. I started in bed with the MacBook Air on my lap. Because it’s so light, I felt comfortable having it there. And unlike my previous laptop, the Air didn’t double as a heater.

After pointing the display slightly down to see the keys, I started typing. After I was done, I saved my work and opened iTunes. It started after 1 bounce, played some music, and started Adobe Photoshop to resize the pictures. It opened swiftly and applying the effects went smooth, though slightly lagging due to the lack of processor speed. My battery decreased by just 10 percent during all this, and I was all ready for additional work in the morning. My point is this; the MacBook Air is a great working machine for light work, and let’s be honest, that’s what we’re doing most of the time. Writing, editing photos, illustrator are the things we designers or writers do most. And sure, when video editing is involved, I wouldn’t want this machine to be in the center of the office. But for a capable working machine that’s portable and has a great battery (5-8 hours), look no further. (video editing goes great, exporting is the problem)

Now it’s time to convert those thoughts into numbers. Because my site isn’t some corporate web of writers, editors, and buildings with fancy logos, this session will have only one contestant. However, I sometimes refer to my old MacBook Pro as a reference. That machine made do with the following specifications: 2.4ghz core 2 duo, 4GB 1066mhz ram, 500GB 5400rpm, 9600m. Now let’s get started.

Before any work can be done, it first needs to boot. The following time is measured with the MacBook coming from a cold start to the OS fully booted. The timer stopped when the dock and navigation bar was visible. The Air was in a used state, with Adobe CS5, flash, iLife, photo, and Office 2011 installed and used at least once.

Xbench is a freeware Mac tool that stresses the computer and returns a number. The MacBook Air 1.86ghz, 4GB, 320m scored the following:

Remember when I said that the SSD helps with opening apps or starting the computer? Well, this test counts the seconds it takes to start an app. The timer was stopped when the panel appeared, and the dock indicated that loading was complete. All programs were loaded after a cold boot

For the last test, I converted a 700MB DivX movie to iPhone format using the best settings possible. The software used was the Slysoft media converter (add I to product name fever much?). In this test, it’s not so important to compare it to i7 machines or anything, rather take the time into account and make up your mind whether you find it fast enough for the occasional converting you may do.